The Pressure Foundry Will Supply Covers for Oil Pumps for Toyota Up to 400 thousand 1.5-liter lube oil pump housings are to be supplied by the Pressure Foundry Division at MOTOR JIKOV Slévárna a.s. The castings weighing 400 grams of a 4-fold mould will be cast on casting machines with a closing force of 1,000 tonnes.

“This is a new project for our existing customer, Aisin. 400 to 497 thousand units a year should be delivered to the plant in Písek in total, where the castings are machined, assembled, and the final oil pump assembly is delivered by Aisin to Toyota assemblies,” added the Director of the Pressure Foundry Division at MOTOR JIKOV Slévárna a.s. Roman Pospíšil.

The Pressure Foundry was nominated for a part delivery and the order for the casting tool was placed in August. During 2019, we should reach full production capacity under standard conditions for one shift, and in March 2020, we are scheduled to start production of 13,000 units per month. Over the next year, the volume will grow to 26,000 units per month and further growth will be up to 400,000 a year,” said the director of the division responsible for the project. 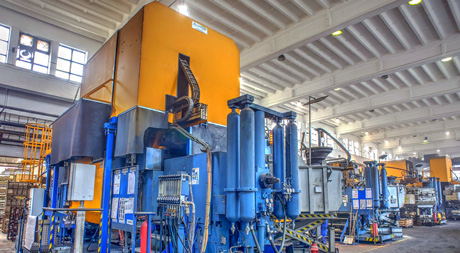 With the arrival of the new TNGA (Toyota New Global Architecture) platform, the Japanese manufacturer expects that half of all its models sold will use it. “The new platform should have benefits for both the automaker itself and its customers. TNGA will consist of smaller and lighter components, which will help reduce the centre of gravity of the car. This will lead to a better driving performance. The lighter design will also help reduce fuel consumption. The components will further increase the rigidity of new cars,” said Roman Pospíšil.